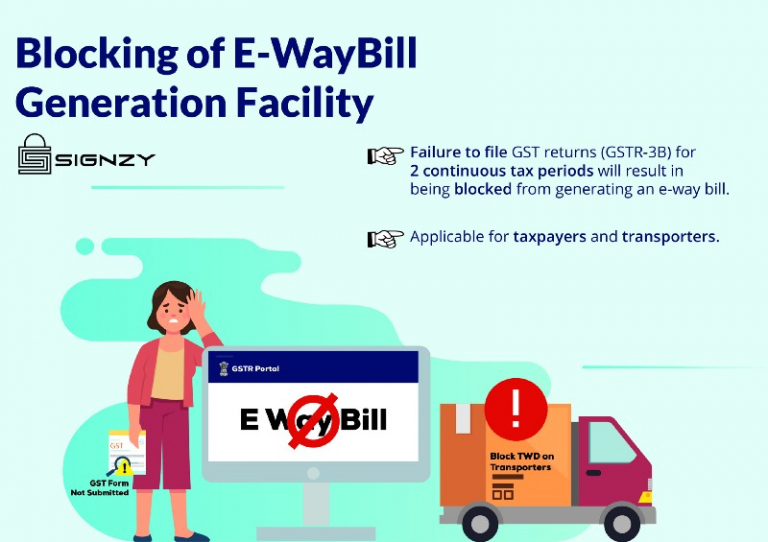 The Indian government has introduced new regulations to control the E-Way bill(EWB) generation facility. This move will identify and penalize GST non-filers and evaders. With effect from December 2, 2019, the blocking and unblocking of the EWB generation facility has been implemented on the e-way bill portal.

EWB generation has been deactivated for taxpayers who haven’t filed their returns for the previous two months. In this regard, Form GSTR3B is to be considered (which is filed by normal taxpayers) for the blocking of E-Way Bill Generation. The move is in accordance with Notification #74 which was released on 31st December 2018 to include Subrule ’E’ under Rule 138 of the GST Act.

What is the objective behind blocking e-way bill generation for taxpayers?

According to a report by Economic Times based on GSTN data, around 20.75 lakh GSTINs have not filed their GSTR-3B for September and October months. Moreover, around 3.47 lakh GSTINs (16.7%) of these had transactions for September and October 2019 in the e-way bill system. Taking under consideration the increase in the number of tax defaulters, their ability to generate E-way bill had to be blocked. The tax department is of the opinion that non-filing of returns has been the primary reason for the decline in the GST revenue collection so far.

Every taxpayer who is registered under GST is required to file GSTR-3B, on a monthly basis. GSTR-3B includes details of sales and purchases made by a business and the final tax payable after claiming input credit.

As per the new rule, when a taxpayer fails to file his or her GST returns (GSTR-3B) for two continuous tax periods, he or she will get blocked from generating an e-way bill. A blocked GSTIN cannot be used for generating an e-way bill. This applies to both consignor or consignee. For example, if a taxpayer failed to file his/her GSTR-3B returns for the months of September and October 2019, his/her E-way bill generation facility would be blocked effective from 2 December 2019.

The new rule also applies to the transporter who will be unable to generate EWB using the blocked GSTIN of the taxpayer.

The blocking of EWB generation will not impact previously generated EWBs in any way.

Unblocking of e-way bill generation facility restores the facility of generation of E-Way Bill. In the event of filing of the return for the default period(s), the default period is reduced to less than 2 consecutive tax periods. This is in respect of such taxpayers GSTIN (as Consignor or Consignee),

For updation of his/her status the taxpayer can visit the EWB portal. Select the option ‘Search <Update Block Status’. Enter their GSTIN and use the Update Option to get themselves unblocked on GST portal. This applies only when GSTR-3B return has already been filed for the default period(s).

EWB generation facility can also be restored by the jurisdictional tax official. This can be done on the basis of manual representation by a taxpayer. The tax officials will issue an online order on the GST Portal, for accepting or rejecting such requests of the taxpayers. In case he accepts the request, the facility will get restored.

Taxpayers will usually receive an Email/SMS of acceptance or rejection will be sent to taxpayer on email ID/mobile number. In order to view the status of the order issued by the tax official,taxpayers can login to the GST Portal. Using their GSTIN, the user can go to Dashboard>Services>User Services> View Additional Notices/Orders.

The Unblocking of EWB will be valid till the period indicated by the tax official in his/her order. The GST Portal will send a reminder to the taxpayer about 7 days before the expiry date via mail/SMS.

Transporters who are enrolled on the EWB portal but not registered on GST portal will not be impacted in any way. This is because they are not required to file GTR3B returns.

If the GSTIN of the transporter registered under GST portal is blocked, that GSTIN cannot be used. This rule applies to Consignor, Consignee or transporter while generating EWB or updating transporter details.

In case an EWB was generated before blocking, the transporter can also update the vehicle and transporter details. He/she can carry out the extension in validity period of these EWBs if required.

Impact On Taxpayers Who Are Blocked From EWB Generation

Not generating an e-way bill will be considered as an act of non-compliance as per the provisions of the GST law. In such a case, the business may be prevented from delivering goods without an e-way bill.

When goods are transported without an e-way bill, the authorities can claim that the consignor of the goods has made an attempt to evade taxes. A subsequent levy a fine equal to the tax amount is payable in such case. Such commodities and the vehicle transporting them can be seized or detained. Both the goods and the vehicle may be released upon successful payment of the pending tax amount and the penalty mentioned by the concerned officer.

The absence of an e-way bill during transportation of goods can lead to the disruption in the day-to-day operations. It can also hamper delivery of goods for a business. This move by the government is intended to push taxpayers to be more compliant and make sure they file their returns/make their tax payments on time.

Businesses need to approach with caution by filing their GSTR-3B within the deadline. Doing so ensures that there is no disruption in their business-related operations. This new modification to the e-way bill system may effectively improve GST revenue collection. 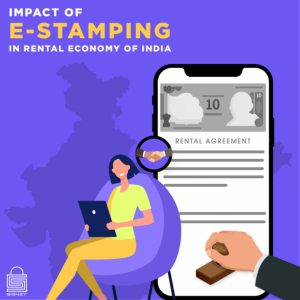 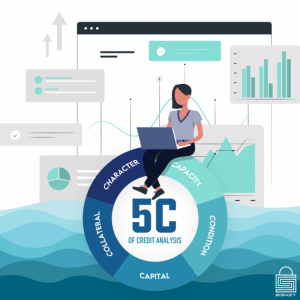 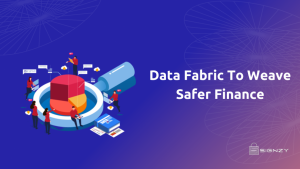